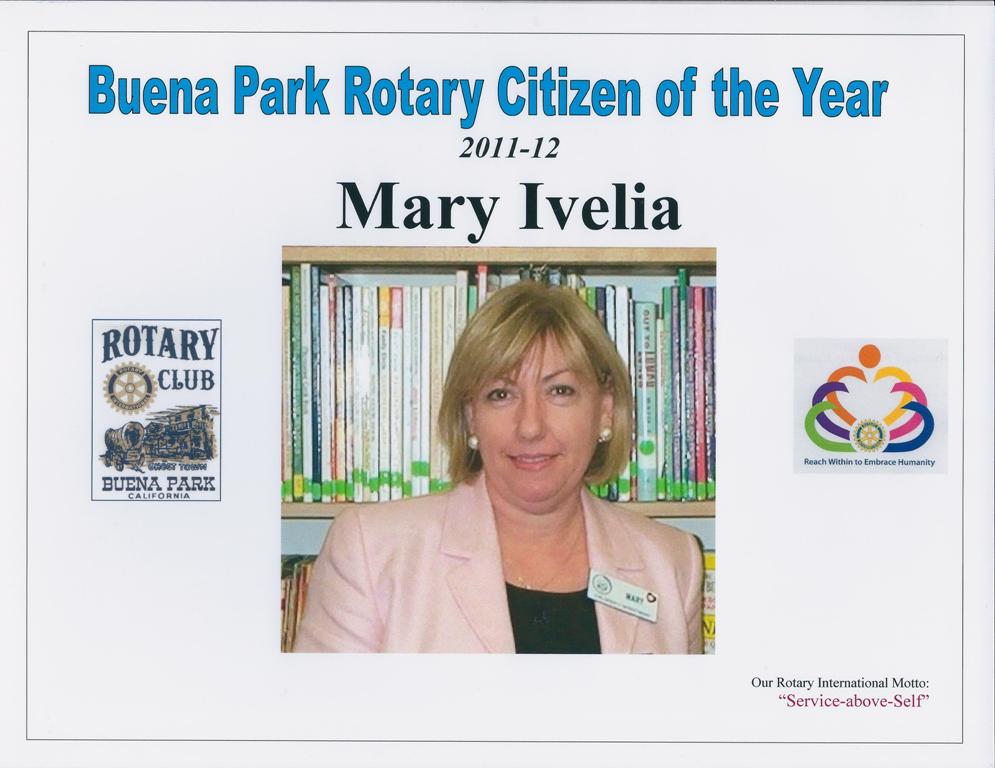 Mary encourages children to read during the summer by planning an annual Summer Reading Program with summer clubs, special events, and performances. Last summer she had 92 programs with an attendance of 6,423.

In addition to the weekly storytimes, Mary planned, designed, and taught the following clubs and classes for children at the library: Art Masters’ Club, Chess Club, Early Literacy Storytimes, Geography Club, Greek Mythology, Latin and Greek Roots Vocabulary Class, Origami Club, Philosophy Club, Poetry Club, Readercise, Roman Mythology, and Shakespeare for Kids. In 2003 the Buena Park Library recognized Mary with a Certificate of Recognition for her “Genuine and generous personal service to the children of the Buena Park Community.”

Mary is an active advocate for children, families, education, and home educators. She conducts school tours at the library, annually participates in Read Across America and loves reading to the children when she visits schools. She received a Volunteer Award from Gilbert Elementary and an Honorary Service Award from Knott PTA for service to children and youth.

She received the Very Special Person award from Hope Special Education for support and dedication to the students and staff. She also received certificates of appreciation from the Speech and Language Development Center.

Mary received a B.S. in Psychology from BIOLA University and a Master’s Degree in Information Science from San Jose State University. She is a lifelong learner studying philosophy and literature with Kellogg College, Oxford. She is also a C.S. Lewis scholar and studied the works and life of C. S. Lewis while staying at ‘The Kilns’ in Oxford, England.