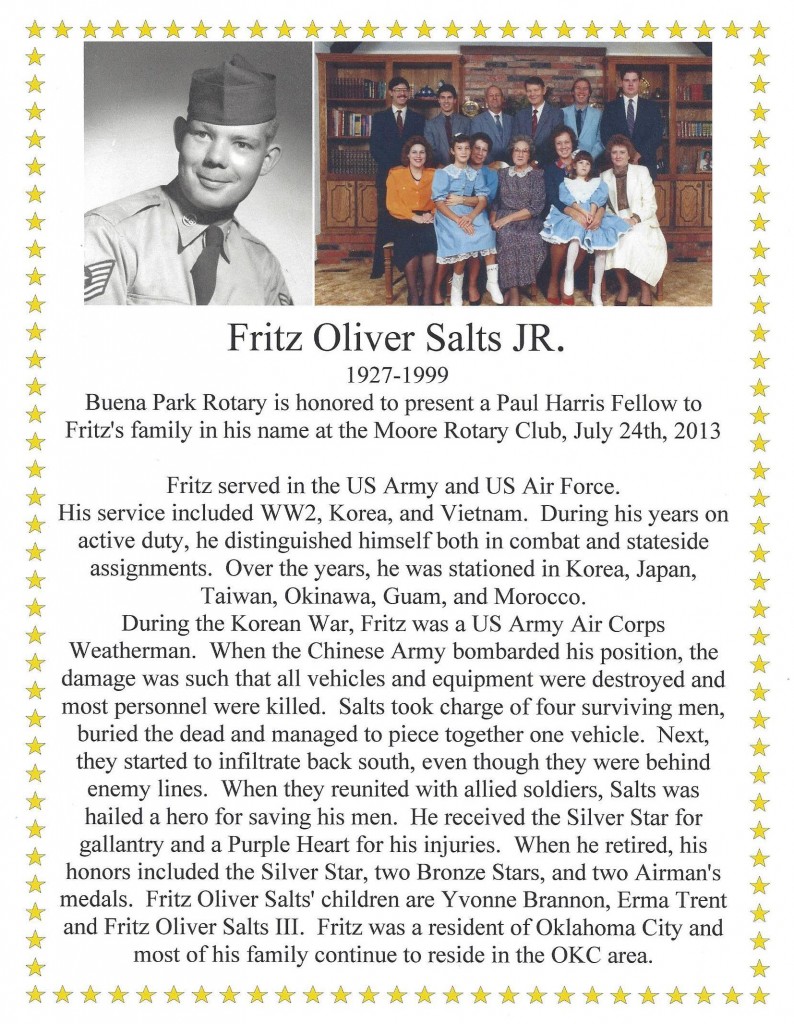 Buena Park Rotary is honored to present a Paul Harris Fellow to Fritz’s family in his name at the Moore Rotary Club, July 24th, 2013

The Paul Harris Fellow will be presented by

Fritz served in the US Army and US Air Force.

His service included WW2, Korea, and Vietnam.  During his years on active duty, he distinguished himself both in combat and stateside assignments.  Over the years, he was stationed in Korea, Japan, Taiwan, Okinawa, Guam, and Morocco.

During the Korean War, Fritz was a US Army Air Corps Weatherman.  When the Chinese Army bombarded his position, the damage was such that all vehicles and equipment were destroyed and most personnel were killed.  Salts took charge of four surviving men, buried the dead and managed to piece together one vehicle.  Next, they started to infiltrate back south, even though they were behind enemy lines.  When they reunited with allied soldiers, Salts was hailed a hero for saving his men.  He received the Silver Star for gallantry and a Purple Heart for his injuries.  When he retired, his honors included the Silver Star, two Bronze Stars, and two Airman’s medals.  Fritz Oliver Salts’ children are Yvonne Brannon, Erma Trent and Fritz Oliver Salts III.  Fritz was a resident of Oklahoma City and most of his family continues to reside in OKC area.